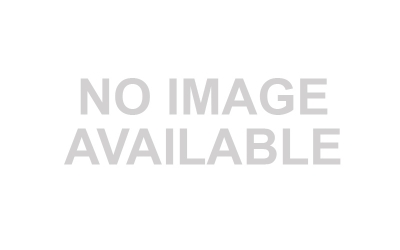 CIA officers are overwhelmingly men and women of principle, who seek to shoulder the extraordinary burdens and honors of serving the United States in an amoral profession. They must have a strong understanding of the spirit of our laws, of right and wrong, when so often the choices they must make are hard and unclear.

But now we have the first, Neocon-generated apologia for some of the most controversial choices made by the Bush administration, and the CIA, during the “Global War on Terror” (GWOT): the use of “Enhanced Interrogation Techniques” (EITs) by the United States and the CIA, what in lay terms, and U.S. law, is called “torture. “

Jose Rodriguez was the chief of the CIA’s Counter-Terrorism Center (CTC), while I was Deputy National Intelligence Officer for Transnational Threats, during the tense years following al-Qa’ida’s attacks on 9/11, in 2001. We worked together a bit, and he was helpful to me professionally on a couple of occasions. His new book, Hard Measures: How Aggressive CIA Actions After 9/11 Saved American Lives, alleges that EITs work, are responsible for many, if not most, of the signal counterterrorism successes of the GWOT, and that these measures made it possible to “bring justice” to the mastermind of mass murder, Osama bin Laden. The argument is that EITs are carefully controlled, necessary, humane, work, and are legal. Rodriguez uses his former position as head of CTC to buttress his argument, while the book is largely written with the help of Mark Thiessen, a former speechwriter for Secretary of Defense Rumsfeld and Vice President Cheney, who has set himself up as a putative expert on EITs because he had access to some telegrams on counterterrorism operations while working in the White House.

Rodriguez’s assertions will be praised or condemned by the usual parties in the disputes about the efficacy and legality of EITs. On this debate I will make three observations.

Efficacy: While in the CIA, involved either directly in interrogation myself (see my book, The Interrogator, on how EITs corrupt our institutions and society), or much more broadly in my functions as a senior officer involved in assessing the validity of intelligence acquired from all sources subjected to EITs, I found that the CIA could trust no information obtained from EITs, that such information as was obtained from EITs was “recalled” for unreliability (the kiss of death in intelligence), and that no information was obtained from EITs that could not be obtained by the use of classic, legal, interrogation procedures. EITs, it turns out, for all the macho sense of control and power they imply, don’t work and are unnecessary.

Legality: The legality of EITs rests on the legal casuistry of the infamous “torture memo” written by two Justice Department politically-appointed hacks, at the behest of the Office of the Vice President. But, our heritage, our laws, and our obligations as U.S. officials were, and remain, clear: The U.S. largely wrote the Geneva Conventions. The U.S. is signatory to the Convention against Torture. The U.S. is guided by the Uniform Code of Military Justice. All our government, in theory, embodies, preserves and protects the US Constitution’s Fifth and Eighth Amendments (“due process of law” and “cruel and unusual punishments”). Habeas corpus underpins all our rights and freedoms, and has for 800 years. All of America’s heritage and laws condemn the practices euphemistically referred to as EITs. Yet, now we are told, well, no, our heritage is wrong. EITs embody what it is to be an American and are necessary. But, the argument (“We also have to work… the dark side, if you will”)* also known as Neocon “realism” is wrong, and endangers our freedoms.

Morality: Here the argument is, of course, that the ends justify the means. But we all should know that this is a spurious assertion. If you sell your soul, you forfeit what you live your life for. If the United States traduces the principles it embodies, and does so on false pretenses (“torture works”), then the United States destroys what it claims to be protecting: our freedoms, our safety, and what so many have taken oaths to preserve and protect.

But there is worse, and Rodriguez’s book embodies it: Learned, respected U.S. officials, experts, and average American citizens now actually coolly debate the merits of torture. But, there is no debate to have, neither on the practical merits of torture, nor on its moral acceptability. The United States throughout its history has opposed such violations of human decency and law. The practice is antithetical to every value that Americans believe defines our society, and serves no purpose. Yet, Rodriguez and the political faction and administration which his book obliges, now assert what the facts contradict, and our values oppose. I worked on counter-terrorism issues with many good men and women in the CIA. Many of them were lastingly deluded about the nature of the threats we faced, acted in good faith, but with terrible errors of perception and policy. This book, however, does not seem so much deluded, as willfully misleading, a prop for the rear-guard Neocon advocates of and whisperers for policies now so roundly discredited that they are already relegated to the same place of infamy as the ante-bellum defenses of slavery, or place of derision as the apocalyptic visionaries awaiting the imminent-but-never-arriving end of the world prophesied in the Mayan calendar.

What have we done to ourselves since 9/11? Incredibly, torture by Americans becomes secondary: We have lost our souls; we mock our heritage; we flaunt our laws; and some of our leaders and officials claim we have known what we have been doing and are heroes for it. Hard Measures: How Aggressive CIA Actions after 9/11 Saved American Lives should be noted as part of the post-9/11 Neocon line — despite the facts — that torture is humane, what didn’t happen did, breaking the law is legal, and that selling your soul saves it. How far some of us have sunk. Shame, shame.

* Vice President Cheney, a man who imagined himself an expert on intelligence, and willfully misinterpreted information to justify the policies he wished to pursue.